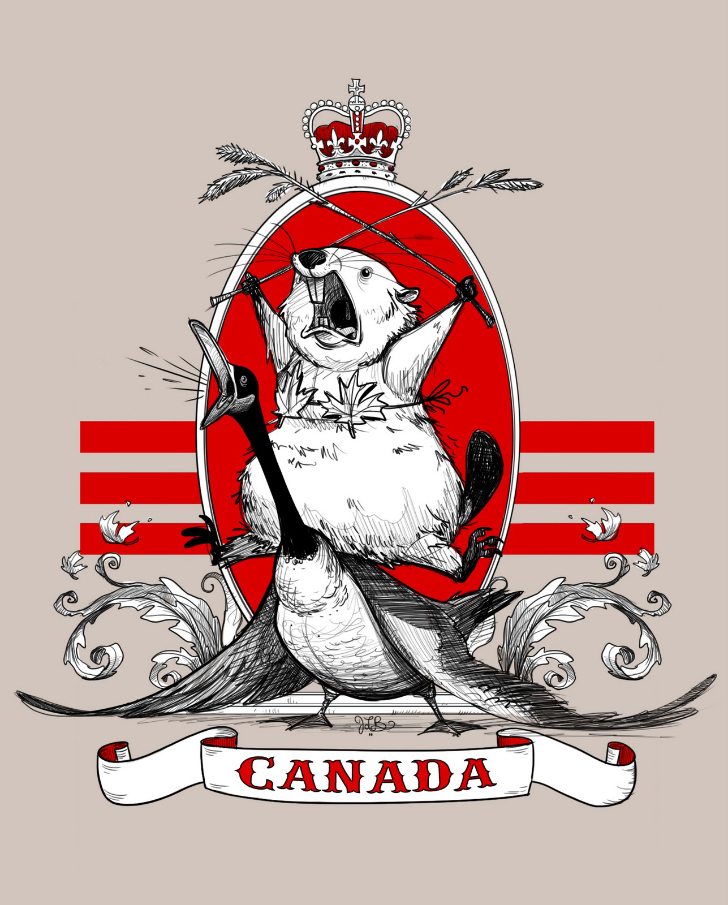 So yesterday was Canada Day, the celebration of our country’s 150th year in its current iteration, and it was a huuuuge party. Everybody was out in red and white, laughing and drinking and wearing those funny little hats with the maple leaves on them. And I was…uncomfortable, a little.

I’m not going to give a huge lecture or anything, because people like to celebrate and everybody needs to blow off steam (also because there are a lot of indigenous leaders that are making these speeches and they’re better thought out, better written and come from a more personal place than anything that I have to say on the subject), but I do think it bears mentioning.

Our country prides itself on our multiculturalism and inclusivity (which, I know, is not a word. But it’s a series of marks that represent sounds which convey a meaning, so I think it’s probably close enough), which is one of the things that most people are celebrating when they don their red and whites and crack their beers on July 1st. But…Canada is not a 150 years old. It was here for a long time before we got here and it wasn’t empty when we arrived. What you’re celebrating is not the birth of the land itself, but the country in it’s current form. And I get that you love it, I love my home too, but you have to understand where it came from.

We built this country on the broken backs of, not one, but dozens of other cultures. We butchered them, ground them into the dirt, and then parceled out small spaces of their own land where we’d allow them to live, keeping the best bits for ourselves. That seems like a kind of shitty thing to celebrate, don’t you think? At least with beer and red hats and douchebuckets named Dave-o or Bry-Bry chanting “Go Canada! Go Canada!” in the streets. I don’t see anything wrong with marking the occasion, but maybe we should note it with a little more quiet reflection. How did we get here, what have we done since we arrived, why do we have all the things we have? How can we change? And yes, that doesn’t sound like as much fun as pounding twelve beers with your dude-bros and waking up in the drunk tank (haha, that jail cell was littttt), but I think the Canadian spirit would be better served spending the day coming together as a community and trying to solve the problems of colonialism that are still, shamefully, all over the fucking place. Maybe then we could finally, finally start the process of reconciliation and collaboration that we’ve been pretending at for so long. We could make this a country really, truly worth being proud of, one that reflects the principles that it preaches.

PS. Please, please, pleeeaaase don’t send me messages with the “don’t say we. I didn’t do anything, and neither did you!” comments. I grew up in small town Alberta, and have heard the arguments a hundred times before. We’re living amidst the wreckage that our ancestors created and we can’t just ignore that. It may not be fair, exactly, but you’re an adult. The world isn’t always fair. If you’re doing nothing about the problem, then you’re a part of it.

One thought on “Oh, Canada”