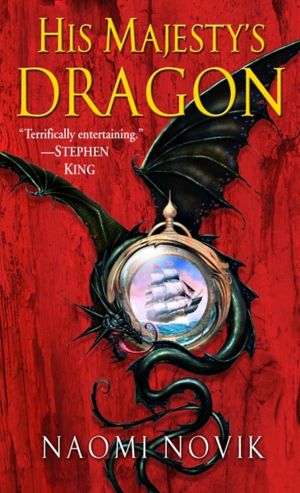 Everybody, I have a confession to make. I’ve done a stupid.

On the last day of my trip I started a big, honking fantasy series and now I’m in so deep I don’t think there’s going to be anything else that I’m going to read until I’m done. And while the series is great, and I’m going to give it a little write up here, they’re not different enough from one another to give them each their own blog. The good news, it’s been about a week and I’m four books through, so we’re moving at a decent clip. The bad news, there’s six more books to go. So we’re probably going to be pulling from the backlist to write things about over the next little while.

You gals, this series is everything my hearts been wanting for the past few months. I’ve been reading lots of really good books over the last little while, but a few of them have been on the heavier side (which I like! I love, actually. I just like to intersperse my heavy, serious reads with some lighter, fluffier fare). I hadn’t actually realized until I picked these up how long it’s been since I’ve read a big, fun fantasy series. I can’t even remember the last time I latched onto one and burned my way through it (maybe the Dresden Files? Which itself is a series with great world building, okay writing, and some well-meaning, if not always well-executed, politics). It’s a thing I used to do a lot more when I was younger and didn’t have as many obligations eating up my time, dive into a world and lose yourself there for a few thousand pages, and I’ve missed it.

There’s so many things about this book that speak directly to me. I was raised in a fairly WASP-y environment (I wasn’t allowed to leave the dinner table as a child without saying “I’ve had ample sufficiency.” For real) and the stuffy, buttoned-up, very slightly before Victorian-era main character just…delights me. I love how proper and concerned with formality he is (he notices when people aren’t wearing their full dress coats and neck clothes, even when they’re in tropical environments, and does his best not to look down his nose at them because he’s a god damn gentleman). He also does that thing I remember, oh so fondly, from my childhood, where the angrier you get, the colder and more polite you become. Mmmm…childhood memories.

Now, because of the time frame and the place, his concern with respectability and his upper-crusty British-ness does lend itself to some…old-fashioned (sexist!) ideas about things, but Novik is aware of it, and addresses it pretty cleverly. She’s created a society in England at the time, The Aviators (people who’ve bonded with dragons) who, from necessity, have a more liberal viewpoint than most of the rest of the world. They don’t discriminate based on gender, babies out of wedlock are no big deal, they don’t bother overly much with status and the layers of planning and propriety that seem to go into every conversation because of it. By dropping her suuuuuuper British character among them, she gives him a means and a reason to learn, which he is both capable of and willing to do. You get to see that he’s a pretty good guy, and mostly just a product of his environment, constantly course correcting as he adjusts his ideas about what the right things to do are. Plus it’s just fun to watch him unwind a little (not a lot) over the course of the books.

And the dragons are great! Funny, likeable, smart. It’s a really good, fairly original take on the creatures, and Novik uses their intelligence and the weird position they hold in British society to make some smart social commentary. A lot of that comes from the main dragon character Temeraire, who acts as a good surrogate for the author. He’s smart and opinionated and gives a lot of kickback on the shitty thinking of the time, allowing the author to slip in her own opinions about some of the less appealing aspects of British society.

I’d recommend this series for lovers of fantasy (though don’t go in expecting high fantasy. Dragons are the only fantastical element), adventure, and people who like a little flavour in their historical lit (Novik seems to have done a buuunnncccchhhh of research for these books. I’m no expert, so everything she says could be completely and totally wrong and I wouldn’t know, but it feels authentic enough). Also recommended if, like me, stiff, emotionally unavailable British gentlemen make you purr like a cat.

With the Sincerest and Most Deeply Felt Affection,

2 thoughts on “Temeraire by Naomi Novik”