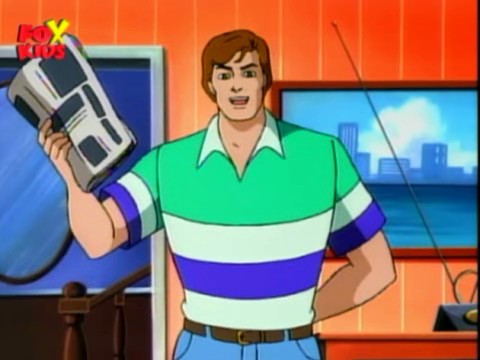 *Disclaimer at the top: This post, because of my undying and forever love for Peter Parker, is looooonnnggggg. Continue at your own peril.

You gals, you gals! They did it! They finally did it!

I’ve never really gotten on the nostalgia train. They’ve been aiming things from my childhood at me for the last ten years or so and, despite the fact that I loooooved that shit when I was a kid, still love some of it (I am an unrepentant cheesy comic buyer. Give me alllll the X-Men melodrama), I’ve mostly just let it sail right past. The ones that I have watched (most of them being comic book movies) have been bad to just fine. And that’s not to say that there are no good comic book movies out there. Logan was incredible! Deadpool is really fun! Captain America: Winter Soldier is really underrated as an action/spy thriller. But the characters of those movies weren’t a part of my childhood and they didn’t make me feel how I felt watching those stories as a kid (Logan was probably the closest, but Wolverine has never been my favourite member of the X-Men. I’ve always liked the big, sappy team stories better).

When I was growing up Peter Parker was my boy. I’ve talked about it on here before, but the early 90s cartoon version of him, with that terrible turquoise and blue striped shirt and super, duper 90s hair, was probably my first crush. But not only was I macking on his fine, mom-jeans-wearing ass, I also looked up to him. I remember watching him struggle and suffer to do the right thing, putting his relationships and his school work and his job in jeopardy again and again because of his desire to help people, and thinking “that’s who I want to be.” I idolized him. I pestered my mom into buying me Spider-man everything and climbed anything I could find (to her almost constant frantic dismay). I would’ve given my right arm to have a live action Spider-man movie.

So when I finally got one in 2002, I was really stoked. It was the first piece of directly aimed at me nostalgia-art and (even though at that point I was a teenager who refused to show enthusiasm for anything) I could barely contain myself. And after watching it, I remember telling people, somewhat frantically “That was pretty good, right? Like, I know it wasn’t perfect, but it was…okay. Like some of it was okay, right? RIGHT?!” I hadn’t got that feeling I remembered watching the cartoon as a kid, nowhere close, but I hadn’t hated it either (although I, to this day, can’t stand to watch Willem Dafoe in anything. He’s…such a bad actor, you guys. Awful). Over the next few years I had that experience again and again, with steadily diminishing returns, until eventually I stopped going. I haven’t seen the last X-Men movie and I won’t see the next one. I turned the Spider-man movie before this one off a quarter of the way through. I didn’t get what was so great about nostalgia. It seemed an awful lot like disappointment to me.

So I went into this one a little…nervously. If people hadn’t already hyped it up so much, I probably wouldn’t have even gone. I’m tired of watching big, dumb, loud action movies with the names of characters I loved when I was a kid attached to people who act nothing like them.

You gals, this movie knocked my fucking socks off. I’m usually a stone-faced bitch in movie theatres (I’m not sure why. I think it was just drilled into me at a young age that you’re not supposed to make noise/move/breathe when doing so could be bothering somebody else), even if I really like a movie you wouldn’t be able to tell until the credits have rolled and we’re talking about it after. If I absolutely love it, or something super clever happens, it might get a slight smile. This movie had me grinning from ear to ear the entire time. I laughed out loud, in a theatre full of people. I cried a little. And I left with a little nugget of joy in my chest, reminded of how much, and how purely, I used to love this kind of stuff as a kid. I feel like, for the first time, we had people who actually loved the character doing the movie. This was my Peter Parker, struggling and bumbling, constantly sacrificing what he wants to do the right thing. Failing a lot, but never giving up. And he was a kid, finally (And yes, I know, he’s twenty one and you’re all super relieved about it). He was awkward and insecure, but also sometimes over-confident in that way that only teenagers can be. Ugh, it was all just so good.

Okay, that’s probably enough nerd gushing for one day. Just go watch this movie, it’s really good. Even if you’re not a lifelong fan, there’s plenty there for you to enjoy.

One thought on “Spiderman: Homecoming”