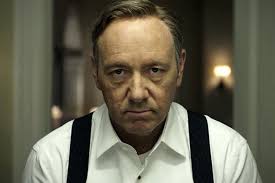 I know, I know, this is a book blog. I just….have feelings about this, okay? I promise it won’t be super long (or maybe it will be, hard to tell), I just really wanted to get some of my thoughts about this off my chest and out into the world, even if I’m only shouting into the proverbial void of the internet (It’s not really a void though, is it? It’s a cluster fuck. A space so crowded and cluttered and congested that it swallows things just like a void would, but without all the peaceful silence and nothingness).

So, if you have aaaany connection to the outside world at all, you’ve probably heard over the last little while that there has been a whole slew of sexual assault allegations leveled against a bunch of prominent Hollywood figures. Weinstein, Spacey, Hoffman, Affleck, probably others that I’ve missed. And while most people’s reactions have been fairly similar to my own (which is, essentially, fuck those guys), in the vastness that is the internet, I’ve come across some predictably disgusting reactions. There’s the sex criminal covering for his fellow sex criminal comment of “it’s a witch hunt!” (which prompted my all time favourite article title: “Yes, this is a witch hunt. I’m a witch and I’m hunting you.” by Lindy West) and the dude-bro who doesn’t think this is as big of a deal as everybody is making it out to be response “but Spacey was such a good actor! What about his career!”

So, to anybody and everybody out there who is having mixed feelings about this, who thinks that maybe this is snowballing out of control, or is worried that they’ll never get to watch Kevin Spacey play another detestable, soulless monster ever again (just watch his interviews when he attempts his “comeback” in a few years), I just have this to say to you.

These people should have their careers taken from them. They should have their freedom taken from them too. If that all happens, that’s a very good thing. That’s what we’re supposed to (and sadly don’t often) do to repeat sexual offenders. These people have damaged and destroyed lives, assaulted and preyed on people in vulnerable positions. On children. We need to show them, as a society, that we don’t fuck with people like that. It doesn’t matter how much money you have, how good you are at acting (I mean, really, it’s just an ape in a room pretending. At the end of the day it doesn’t matter), how important you think you are. We don’t want you. We don’t need you. And we won’t abide your crimes.

So, what I say is, keep it going. Call out allllll those pieces of trash. Burn it all to the ground and give the rats nowhere to hide. Maybe then we can try and build the foundations of something less toxic and permissive and dangerous. Something better.